Recently, one of my past composition colleagues reached out to me for tips on transitioning from a film/classical composer to writing music for games. I gave her some brief introductory tips on how to get started and figured this would also be a good place for anyone who is interested!

Loops
Creating music that loops seamlessly is essential. Snipping off the tail end of a piece of music and cross-fading it with the beginning of track is how it works functionally but you should also making sure from a musical standpoint, it doesn’t sound boring or repetitive when it keeps looping. That is an essential thing to be learned if you want to make music for games. Make sure that there are no clicks when the music loops back around because in the game, the player needs to be fully immersed into the music and it will be distracting if the loop has hiccups in it.

Listening to the Track on Repeat
The track shouldn’t be too repetitive or boring but at the same time; it should be interesting but not have too many different things going on, otherwise ear fatigue may occur. Write music with the assumption that this is a track that someone might listen to for 15 minutes or more.

Layers
The big difference between film and games is that games are interactive and not linear. The game play can be different if the player makes different decisions in the game. For instance, maybe the game starts off more calm, but as the player progresses, it gets more difficult. A way to implement the music would be to have a neutral base layer of music but then another layer of music that is on top of it that fades in when things get harder. If you write music in discrete layers, it allows for more flexibility in game play and implementation.

States
Think about music in different states. This is similar to the idea of music in layers but instead of layering on top vertically, you would have tracks that transition to another music track (horizontally) when the state of the game changes. So for example, if a player is playing through a level in the game and then encounters a boss, the state of the game changes and the music should transition from the normal game play music to something more challenging and daunting to reflect the game play. Then say you defeat the boss. This would be another transition to a victory or defeat stage with win or lose music. It’s important to understand the flow of game states so that you can write music that matches those game states accordingly. 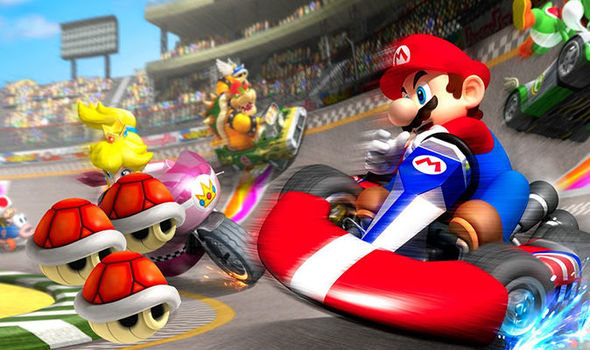 Audio Middle Ware
Learn the basics of audio middle ware. Audio middle ware is the software that sound designers, technical audio artists, or sometimes composers use to implement music and sounds into the game. This is helpful because it allows you to test and implement your audio without having to bug your programmer for everything.  It’s good to understand the basics of these types of software so that you understand how your music is implemented as well as what parameters are available to affect your music. Implementation can also make or break the audio. Wwise is a common audio middle ware program. With Wwise you can add effects to your music in real time. Maybe some of the music is for an underwater part of the game. Low pass filters is parameter that you instantiate in Wwise to affect your music in real time. Or perhaps you want to delay when the music gets played until a certain event happens. You can attach it to an audio event and enter in a certain number of seconds of delay to play when that event is called. There are many cool and interesting things you can do to implement your music creatively. On the flip side, bad implementation can really mess up your music. So while you might not have to know everything about middle ware, it’s good to have some basic knowledge of how it works so that you can speak to whoever is helping you implement the music. Wwise, FMOD, Unity, Unreal are all good things to learn.

Dive In!
You will learn a lot just by working on a small project. Maybe it’s an indie project or an iPhone game. Regardless, I always think the best way to learn isn’t necessarily to read a book but just get some hands on experience. It also helps to build your portfolio and you learn quickly what works and what doesn’t.

Actually Go Play Some Games
If you want to write music for AAA games, go play some AAA games. That is the best way to learn and hear what the standard is. Similar to people who want to score music for films, imagine if they did not actually go watch any movies. The more movies you watch, the more you understand the nuances and also get a feel for what type of movies you want to score. The same works for games!

Hope this proves helpful to anyone looking to get started in music for games! Feel free to post below for any questions.