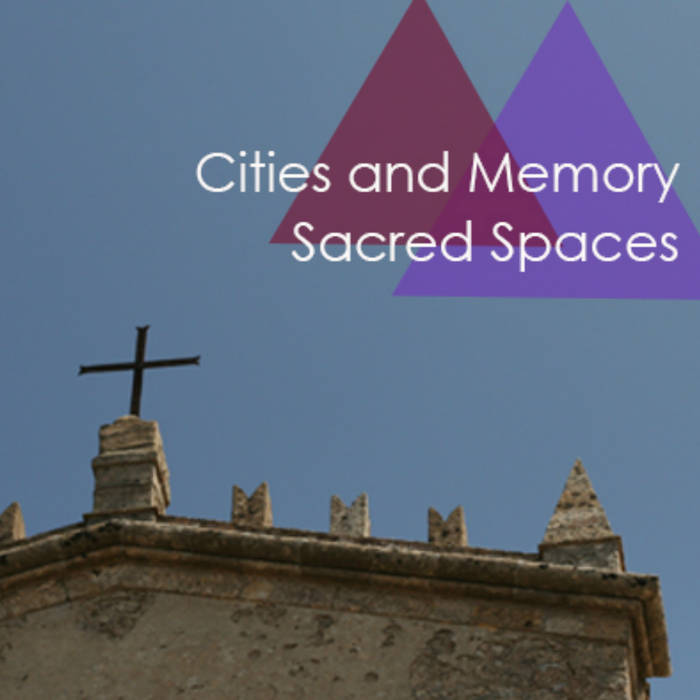 A little while ago, I was part of a cool project called Sacred Spaces, headed by Cities and Memory. Field recordings were contributed from various churches, temples, and other sacred places from all around the world. After gathering together all of the field recordings, they had different sound designers “re-imagine” the field recordings and put their own creative spin to it. For mine, I chose a recording of a church in Greece.

The original recording can be heard here. While listening to this, I happened to be looking at some pictures of Syria online. There was a picture of what Syria looked like before and after all the wars and turmoil occurring in the area. 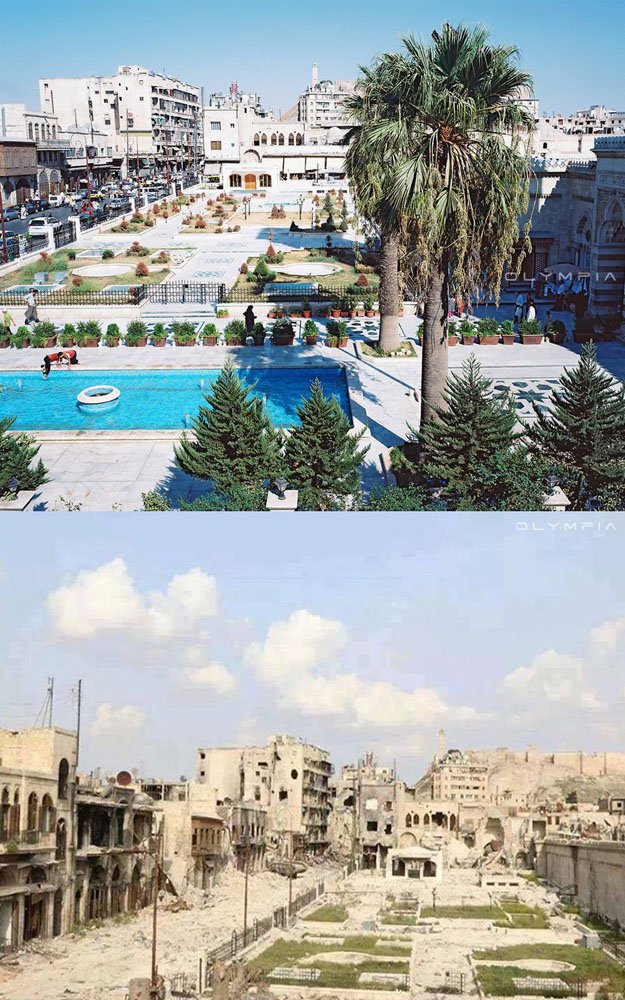 It definitely struck a chord with me, seeing the amount of devastation that the city had undergone and how time can just completely transform a city. This inspired me and I wanted to capture the dual, contrasting nature a city can have through my sacred spaces track.

This was what I ended up with for my final arrangement.  To check out other songs from the Sacred Spaces album, click here.

The first half of this track represents the dark and tumultuous effects of war on a country. This was done through taking the original recording, starting with the section with the bells clanging. I reversed the audio of that whole section until the end. If you listen to the recording at 0:12, that is the sound of the clanging bells reversed with an added delay. Then I composed an unsettling music ambience that creates a sense of uneasiness with its unstable meters and eerie sounding textures. The percussive nature of the piece starts off with some organic sounding hand drums that grow into loud booming drums that further develop into exploding distorted electric booms panning back and forth, representative of flying explosions and the destruction that occurs in wars. The piece then unravels a little bit and you get from 1:20- 1:48 little after shocks of the war that haunt you (bringing back the short snips of reversed materials).

The second half of the piece until the end is reminiscent of the land before being ruined and a sort of emerging from the ashes toward a more hopeful future. I took the original recording, cleaned it up and enhanced it and played it forward (instead of backward/reversed like in the first section) to show that this is how things should be. The city sounds healthy with its natural bustling energy and there is music I composed below it that represents a sense of serenity and hope. It is indeed like its title,  “A Tale of Two Cities.”