Photo: palmgolfclubmarrakech.com
You sit at a fancy restaurant and savor each bite of your gourmet meal while drinking a bottle of wine, as some smooth jazz music plays in the background. You walk into a clothing store and they have loud, thumping music that gets you pumped as you sift through the rack to find your perfect shirt. These are two very different scenarios catering to potentially different audiences but both situations show how music plays a subtle but essential role in your emotions and motivations behind purchasing decisions.

We can all attest to the fact that music does evoke emotions in people, whether it’s a song on the radio or a film score that tugs hard on your heartstrings. Fifty percent of every purchasing decision is driven by emotion, so it is no surprise that music, with its ability to influence emotions, is closely tied to consumer behavior.

Out of all the qualities of music, the genre of music has the biggest effect on customers’ perceptions and preferences toward products. There was a study done in 1996 by North and Hargreaves at a university cafeteria. They found that if the customers liked the music they heard in the cafeteria, they liked the cafeteria more and were more likely to return there to dine. Our associations with the type of music being played while we shop directly affects our perception of the product.

Not only do we tend to like the product more because we like the music but specific genres also change our perception of the products. In 1993, Areni and Kim played music ranging from Top-40’s to classical music at a wine store to see how it would affect shoppers’ behavior. The results were that classical music led consumers to buy more expensive wine because it is associated with sophistication, class and expensive items. Knowing this, it isn’t a surprise that for these same reasons, luxury car commercials often have classical music in their commercials as well.

North and Hargreaves continued their studies in 1999 where they alternated between playing French and German music in a wine store. On the days when they played French music, customers bought more French wine and on the days they played German music, customers were more inclined to buy German wine. When questioned about their purchases later, customers were unaware that the music had an impact on their purchasing decisions. Similar to film scores, we are often unaware of the music playing in the background but it has a deep impact on our subconscious feelings and can lead us to make decisions based on these emotions.

Miliman did a series of interesting studies in 1982 and 1986 on the speed of music being played and the amount of time that consumers spent in stores. In 1982, he found that with slower music playing, people shopped more slowly and ended up spending more money. In 1986’s experiment, Milliman played both fast and slow music at an upscale restaurant and found that customers ate faster with faster music and slower with slower music. Because they ate slower with the slow music, they stayed longer at the restaurant and drank more alcoholic drinks, and as a result, spent more money. 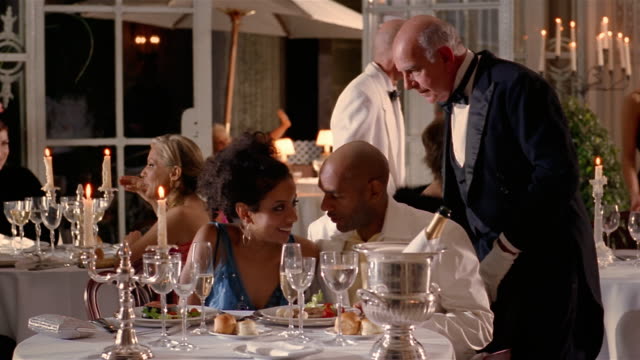 This one is not completely surprising. Smith and Curnow did an experiment in 1966 where they played loud and soft music in stores. They found that people spent less time in a store when loud music was playing compared to soft music but interestingly enough, the dollar amount spent by customers was not significantly different. In 1988,Yalch and Spangenberg‘s study showed younger customers spent more time with louder and more prominent music compared to older customers who spent more time with softer, background music.
Music and Product/Brand Perception

Research also shows that people are more inclined tend to buy a product if they like the music in the ad versus music they don’t like or no music at all (Mitchell, 1988; Simpkins & Smith). Similarly, if customers liked the music that was playing, they enjoyed their shopping experience more and felt less time went by, even if they waited a while in line. Furthermore, people are more likely to make a purchase if the music is fitting and appropriate for the brand or product (Oakes, 2007).

Music, Our Other Senses, and Our Brain

Photo: alert.psychnews.org
Music also works great in conjunction with your other senses. In 2005, Spangenberg, Grohmann and Sprott tested the effect of Christmas music alone playing in a store, a Christmas scent that permeated the store without the music, and then a combination of the scent and Christmas music playing simultaneously. They found the scent alone had a negative effect on its customers, compared to the scent plus the Christmas music together created a very positive, seasonal, and holistic experience.

Music can often seal the deal for product branding and perception because it speaks to us in subliminal ways. Why is that? PAD (Pleasure, Arousal, and Dominance) is “a psychological model developed by Albert Mehrabian and James A. Russell (1974 and after) to describe and measure emotional states.” Music affects the pleasure and arousal centers in our brain, causing us to react or feel a certain way, thus influencing our purchasing decisions.

Tying it All Together

So knowing all this, which characteristics of music affect our perceptions and purchasing decisions the most? It is the genre of the music and tempo. The type of music being played while we shop directly affects our purchasing decisions. Volume correlates to how long someone stays in a store and tempo is precisely tied to the amount of money spent by customers. With regard to last week’s post about Music Genre and Personality Correlations, the genre of music we like is core to who we are and correlates with our personality, so it is critical to understand who your target audience is when you choose what type of music to play in your store or ads. You want your customers to have the best and most enjoyable experience possible; knowing their taste in music will help greatly in selling and branding your products effectively.